Upcoming MWC and the Review of Global LTE networks

The forthcoming Mobile World Congress the mobile industry’s largest annual event in the world, is sure to attract attention of the big players among global mobile operators, device manufacturers, technology providers, and vendors apart from OpenSignal. The headings at this MWC may include the unveiling of the latest smartphones like Samsungs’ latest range of Galaxy smartphones. The mobile operators are expected to discuss the choicest or most essential or most vital part of some idea or experience of mobile business. They are also likely to discuss the latest network technology, or may be the industry’s raging controversies across the world.

On the eve of the present Mobile World Congress, the OpenSignal’s latest release of ‘The State of LTE (February 2016)’ reports many significant LTE network developments, coverages and comparisons globally.

A network of 20 Mbps speed was not widely known until the past year. Now 20Mbps speeds and above have become common world over, thanks to the latest network technology developments. According to OpenSignal, 15 countries and 52 mobile operators meet these standards. The top of the order 4G average speed is now clocking well over 30 Mbps. We are also now witnessing an average 40 Mbps speed or more downlink connections consistently in one network at least. 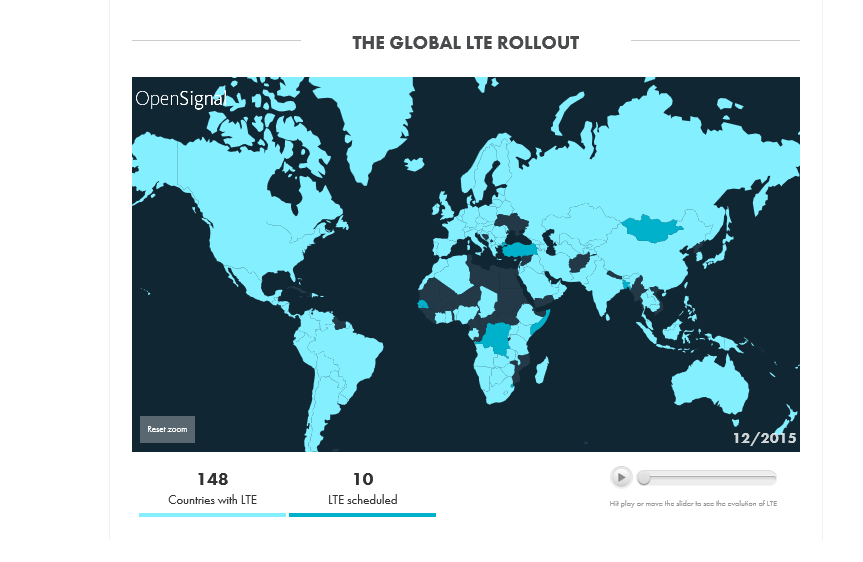 New high-speed networks are now spread across the regions ranging from Canada to Romania, Australia to Austria, New Zealand to Singapore. As can be seen, the new networks of high-speed are not just limited to a particular world region. The advanced LTE upgrades are even pushing the available bandwidth above 4G connections to higher levels in many countries. Most operators are making their 2nd and 3rd 4G connection in the newer frequency bands.

Globally the LTE speed now averages 13.5 Mbps that is about 1 Mbps higher since the publishing of the last report of The State of LTE . As mobile operators and these countries continue to push LTE speed boundaries higher, we are now experiencing faster LTE connections.

Worldwide the mobile operators are obviously not only making LTE connections faster, but are also investing in their infrastructure. Many countries are also seeing expansion of LTE connections. Now 4G signals have become more present in place of 3G signals everywhere in Japan and South Korea. North America and East Asia are particularly leading competitive advantage in LTE expansion, notwithstanding the notable leaps in Norway, Sweden and Netherlands in North Europe, Qatar, Kuwait and UAE in Middle East, and Uruguay in South America.

However, not all mobile operators are progressing in respect of both the metrics though. Japan and America are, although among many of the early adopters of LTE, still lagging behind very much in speed matrix compared to their equals, in spite of building the better world reliable network coverages. West Europe lags behind many in much coverage, though having some rapid speedy networks. Mobile operators in the UK, France, Germany, Italy and Spain are still depending heavily on 3G operations, as 4G connection perceivable has slim chances.

Don’t forget to check the full report of the latest OpenSignals’ The State of LTE of February 2016 , which enlists 187 different global networks and their detailed performance. The report, besides giving interactive charts, also lists country wise and transnational groups of mobile operators wise details for making your own assessment.