If someone told you that cell phone signal boosters are not only good for improving cell phone signal, but can also reduce green house gas? You would be like What in the world are you talking about?. Here is the reasoning behind it, We all know that cell phones work 3-5 times harder when the signal is poor. Although the signal strength from the cell tower is the most important factor in determining a clear voice when you speak on the phone or a fast data signal, the cell phone has a lot of modules inside it at the hardware level to take that signal and convert it to a usable voice and data sets. The cell phone hardware uses a lot of power to make it all happen from the battery storage. The hardware is designed to work at optimum level at the right signal strength from the cell tower. When the signal strength is not sufficient enough, then the inter hardware of the phone is tasked with extra load to compensate for the low signal strength and in turn drain’s the battery only to be charged again. 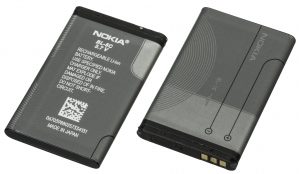 Now studies done in 2014 estimate the carbon foot print from cell phone charging is adding 13 Mega ton of green house gas in to the atmosphere. Now that is on the estimate of 1 billion cell phones at that time and it is estimated to double that to about 26 megatons. All that was from charging the phone alone and not taking into account of making those phones. With a cell phone signal booster the phones does not have to be charged like you would under circumstances where the week cell signal is tasking the cell phone and making it work hard and drain the battery faster.

Apple made their facilities completely run on renewable energy and have reduced their carbon foot print to less then 1% , Amazon not so much. Apple is leading the industry as it should being the leader and unfortunately can’t say the same about Amazon. Apple has painstakingly looked at every single detail to reduce their carbon foot print not jut in their office facility but also in their manufacturing facility around the world. They have made sure their partners are taking green house gas emission as serious as well and have agreements in place to reduce their carbon footprint. It only takes $.75 to charge an iPhone and the essential micro electronics inside iPhone are more so depended on a good signal to work in its optimum working conditions. Signal boosters not just extend the life of the battery they also extend the life cycle of the phone itself by reducing the number of cycles you charge and discharge the phone. So the next time you look at the smart phone think about the carbon foot print you leave every time it gets charged.