Cell Phone Signal Boosters- An Integral Part of our Lives

These days we take our cell phones and our cell coverage for granted. But it’s high time we realize that they are a very important part of our lives which is why a weak signal can be so disruptive to our business and personal lives. There are times when we need more power and a better antenna, which is where Wilson electronics comes in with their line of cellular signal boosters.

“The dual band mobile wireless is one of our better products for the construction industry,” says Jonathan Bacon, Director of Marketing, Wilson Electronics. “It not only improves cell phone signals, it also works with laptop data cards to provide higher data rates and faster speeds.”

Wilson’s Sleek employs a phone cradle, which houses the amplifier and the interior antenna.

Jonathan Bacon says, “I tested a couple of Wilson’s wireless cell phone signal boosters in an area where contractor Brian Monroe recently did a job with no cell service. As I approached the job site, the signal strength indicator on my cell phone went from one bar to “no service.” He was hence able to see a dramatic improvement in cell service using these signal boosters. He added that the best combination moved the signal from “no service” to five bars 3G and phone calls made from the location were loud and clear. 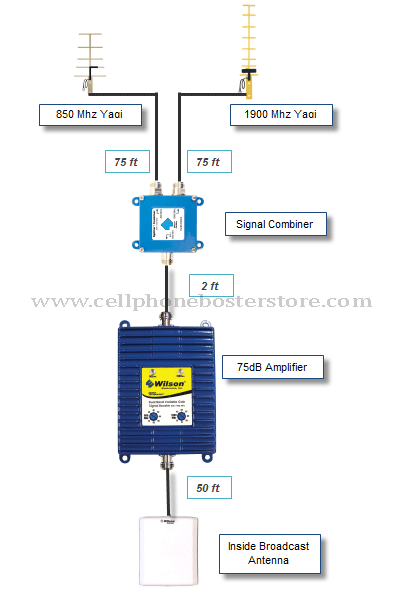 The three main components to a mobile wireless unit includes, at the core of the system is a signal amplifier, which gets power from a 12 volt power point or cigarette lighter. The amplifier is connected to an external antenna located on the roof of the vehicle and an interior antenna mounted inside the vehicle. The external antenna handles signals between the amplifier and the cell tower while the interior antenna transmits signals between amplifier and cell phone.
On testing, the best results were noted with the dual band under-seat amplifier connected to the optional phone cradle, which replaces the seat mounted interior antenna. The direct contact with the phone helps this combination supply the best overall consistently strong signal boost in very weak cell signal area. 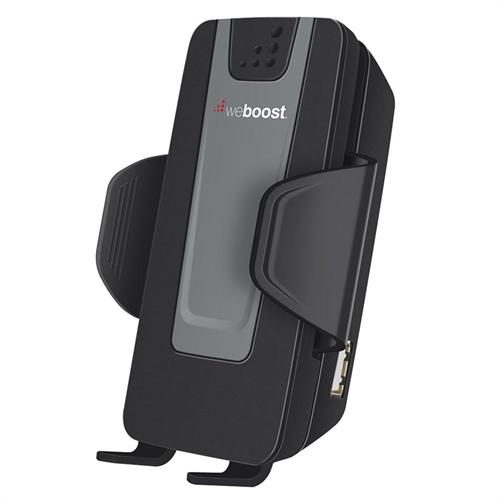 For people who would use a booster very occasionally can keep the entire Sleek kit in a ziplock bag and deploy it quickly when needed.
The major objective of any cell phone signal booster is to enhance the reach of the signal to remote areas such as regions with thick walls, hilly terrains etc. The function of the cell phone signal booster is to take an existing cell signal, typically found outside your home, office or vehicle, amplify the signal and then broadcast it to an area which has weak or no signal. A cell phone signal enhancer system consists of an external antenna, a signal boosting amplifier unit and an internal antenna, with cables connecting all of the components.
Below are few recommendations for an alternate power tower.
A FEMTOCELL which acts like a miniaturized cell tower in your home, creating an access point for both voice and data that provides better reception than what you might be getting from the nearby cell tower. In addition to the femtocell device (available from cell providers), you need an Internet connection and a home LAN (wired or wireless network). After plugging the device into your network, your cell phone uses the femtocell’s radio frequency to connect to your cellular network. When you leave the house, your phone will automatically switch over to communicating over the normal cell towers.
CAR ANTENNA can be used to enhance signal inside a moving car. Cars usually insulate cell phones from the external GSM (Global System for Mobile Communication) signal, an unwanted artifact known as the “Faraday Cage.” This Cage can sometimes result in poor voice quality and even dropped calls. A well and properly installed external car antenna usually fixes the problem. And if you’re in a rural area that’s on the periphery of the GSM coverage range, or even in a building that tends to block GSM signals, there are some novel antenna solutions available.

SOLAR provides the power for the enhancer a solar panel (renewable source) which also proves to be an alternate. A solar panel is a set of solar photovoltaic modules electrically connected and mounted on a supporting structure .The solar module can as well be used as a component of a larger photovoltaic system to generate and supply power to the enhancer circuit. The power generated by the photo voltaic cells is also used to charge a rechargeable battery which will power the circuit during night times (No light condition).
Suppliers of cell phone signal boosters like cellphoneboosterstore.com, encourages all cell phone users to ensure that their cell phone is capable of receiving, and set to receive, all Wireless Emergency Alerts (WEA) to ensure their safety and the safety of those around them.
A Wireless Emergency Alert (WEA) is a short emergency notification regarding a critical event that is delivered to mobile devices in a targeted geography. WEAs are a complimentary public safety service provided by authorized government senders through the Emergency Alert System, EAS. These emergency messages are sent through mobile carriers to keep the public informed of any imminent threat to their safety or to notify the public of any missing person alerts in the area.

Timely WEAs keep people safe during an emergency and notify the public of emergency and other critical situations occurring in their area.
EAS (Emergency Alert System) is a broadcasting function, whereas WEA (Wireless Emergency Alerts) is a cell phone equipment function. In order to receive WEAs, a person must first have a WEA-enabled mobile device, and second, be located in the area targeted for the broadcast alert. Some alerts are national, some state-wide and other highly local. The following link that can be bookmarked or its link saved, provides a list of wireless emergency alert capable cell phones, including instructions for setting the device to receive, or not receive, Wireless Emergency Alerts. Most major manufacturers offer WEA capable smart phones including Apple, Blackberry, Casio, Google, HTC, Kyocera, LG, Microsoft, Motorola, Nokia, Pantech, and Samsung.

Since timing can be crucial in the case of an emergency, cell phone users that have reception issues or experience areas of weak signals should take immediate action to ensure they consistently receive a strong signal and are always able to receive a WEA. For weak signal reception, a cell phone signal booster can be used to ensure consistent reception in any home, office, or vehicle.