Microcell, do they really work?

Microcells are a subset of small cells. A small cell is an operator- or carrier-controlled radio access node that has a coverage range from 10 to several hundred meters, according to the Small Cell Forum. There are different types of cells that include the smallest femtocell and increase in size to microcells, the largest. They connect to a service provider’s network through typical broadband, such as DSL or cable. They use this connection to broadcast cellular service over a relatively small area, compared with the range of a typical base station. They usually serve a distance of nearly 2km. Microcell is a cell in a cellular network, which is served by a low power cellular base station, and it covers a limited area such as the mall, a hotel, or a transportation hub. Comparatively, Microcell is usually larger than a Pico cell, but the distinctions are not always clear. In Microcell, there is a power control system which helps to limit the radius of its coverage area. 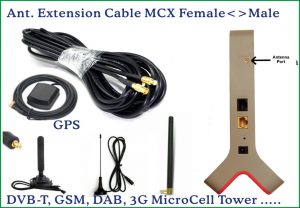 Microcell is widely used and considered as a solution for poor cell phone signal reception that is offered by the cell phone companies like AT&T, Verizon, T-Mobile. They operate in licensed spectrum and unlicensed carrier-grade Wi-Fi. Initially, you have to prove to the cell phone company that the reception at your location is poor and each carrier carries their own set of criteria. This installation is very simple, but it requires the internet through the Cable Company or Cell Phone Company. After this step, the cell phone has to be paired with software to the particular account and note that it should not be transferable between two accounts, even if you have registered two accounts under one name.

Microcells are completely different compared to other boosters. In this, you can also use them in places where you don’t have any cellular signal. For e.g. If you’re in a middle of the desert with no cell signal, but you do have an internet connection. In that situation, you can opt for a Microcell. The Microcell will create a cellular signal in and around you depending on how strong the signal is. Your phone and other cellular-enabled devices can connect to that cellular network — they’ll automatically see the Microcell as a cell tower and connect to it. Phone calls, text messages, and cellular data will then be transferred over your Internet connection.

Currently, they hold many limitations, but in spite of all these the devices do not work periodically. The inference behind this is that the Microcell does not understand the issue completely, to begin with. The cellular frequency range between 800 MHz and 2100 MHz in North America, the Wi-Fi signal is above 2100 MHz. The Microcell converts the cell phone signal frequency to the Wi-Fi signal frequency, and then it amplifies the signal in the Wi-Fi frequency, before converting them back to cell phone frequency. By this method, they amplify the signal strength. A benefit to this solution is that it can be cheaper and more flexible than having a carrier install a BST for a DAS. Another cool aspect is that they appear less visually intrusive and, because they’re small, they lend themselves to more flexible mounting location options. To boot, there are in-building as well as outdoor models for properties that want to extend access to outside campus areas.

The Microcell has reported most common problems from its usage. One among them is that the cell phone might show 5 bars with full signal strength, but the calls get connected to the voicemail directly without a ring. The reason behind these issues is that the Microcell establishes a miniature cell site within the ground of the building. The Microcell has the capability to tether to the nearest cell site available and then utilize the Wi-Fi signal to strengthen the receiving and transmitting bandwidth.

The newly established miniature cell site within the house competes with the external tower for precedence. Understandably the external tower asserts its superiority by its very nature and sends the call to Voicemail. Henceforth, in spite of indicating full signal on the cell phone, the call gets directly connected to the voice mail due to the handover fight between the cell tower and the micro cell.

The cell phone booster systems if installed improperly without the enough and considerable separation between the internal antenna and external antenna will move into a mode called as feedback mode. In this mode, the respective antennas can mistake the other as a cell site and then start broadcasting the signal between each other. This problem can be handled by increasing the physical distance from each other. This will not work with micro cells, and it appears like as if there is an inherent problem on the basis of resolving signals issue using the Microcells.