When it comes to poor cell phone signal, there are two main contributing factors:
1) Distance from the Closest Cell Tower
2 ) Obstructions Causing Interference 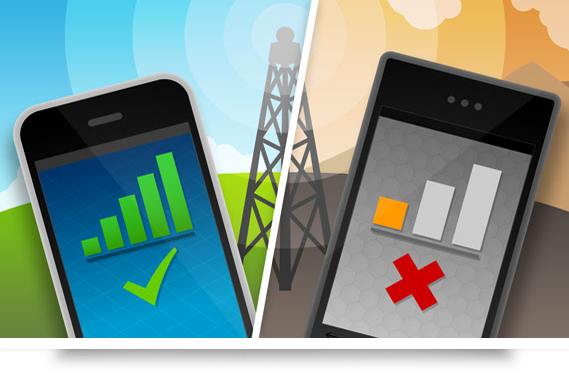 After years of research into this problem, the FCC formally approved the use of cell phone signal boosters to extend the range of cell networks into areas that receive poor service, including homes, offices, commercial buildings and more.

We’ll take a closer look at what cell phone signal boosters are and give some guidance on how to choose the right system to permanently solve your reception problems.

Signal boosters are devices that amplify wireless signals to extend coverage. When properly installed, signal boosters can help consumers, wireless service providers, and public safety first responders by extending cell phone coverage to areas that would otherwise have weak signals such as tunnels, subways, inside buildings, and in rural areas.

On February 20, 2013, the Federal Communications Commission (FCC) adopted new rules governing the design and operation of consumer signal boosters, which are boosters designed to improve coverage in vehicles, homes and small offices.

Cell phone signal booster kits are organized by the square footage that they are able to cover in ideal circumstances. An ideal circumstance is defined as having a very strong signal for the external antenna, the internal antenna is placed in the best location possible, and there are no major obstacles to prevent the signal from being transmitted to the entire space that needs coverage. Unfortunately, most situations are not ideal, so choose a more powerful kit to overcome the weak signal. 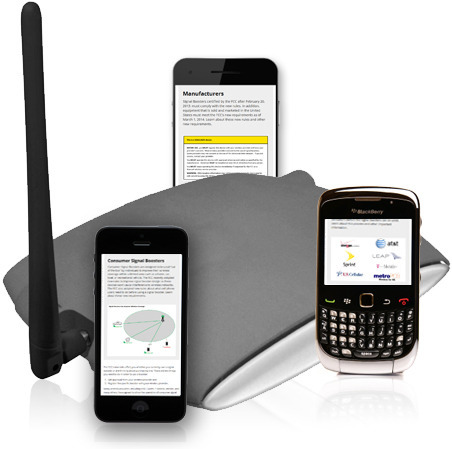 In order to select the correct cell phone signal booster for your situation, you need to know the following three pieces of information:

a) The carriers & networks that you need to support

b) The existing outside signal strength of those carriers

c) The size of the area that needs to be covered in boosted signal.

Signal Boosters for Vehicles and Individual Use:

We have dealt with cell phone signal boosters for buildings, but there are something called as vehicle signal boosters for cars, trucks, RVs and even boats. While the principles are the same, the outside signal strength and coverage area come less into play, as those are constantly changing as the vehicle moves. Rather, the choice really depends on which carriers and networks you need to support.

To conclude, there is a style of signal booster called a cradle. They are meant for one device at a time, and the device must be sitting the cradle the entire time it’s in use.

It’s the most mobile of the signal booster options, as the system consists of only the cradle and a magnetic mount outside antenna, and is also the most affordable, but is less convenient when talking on the phone, as you need to use a Bluetooth headset or speakerphone while in use.