T-mobile is the new rural area rescuer, when it comes to weak signal

T-mobile is not the carrier that comes to mind when it comes to the most reliable network in North America. However that is beginning to change, T-Mobile is not only investing in the infrastructure to change this image but also opening up to 400 new stores in the south west region states like Utah, Nevada, and Texas. The 4G LTE is where they are focusing their attention and to increase its customer base by adding 10% more stores increasing their penetration into a market that had no foot print. By adding retail stores and improving the infrastructure will work hand in hand to serve a market that was only served by Verizon and At&T and consumers love choice and a if that choice was a mere choice with no quality they are know to get turned off and never return. That is something T-mobile does not want to repeat with bad signal coverage. They have rammed up their 4G LTE access now as much as 81% compared to Verizon 87% and AT&T 87% stellar performance. 4G LTE is the name of the game, the largest market is in Asia and the Asian markets have made substantial gains when it comes to adding more numbers on the 4G LTE column.

4G LTE is just not good for the phone companies, it is also the back bone of commerce in United States, Europe and now increasingly in Asia and Middle east. The number of online purchase over mobile phone is now 30% in 2015 as opposed to 5% in 2010. That is a huge gain by any standards and that number is going to increase as we march along. A lot of under developed countries in African and Asian sub contients have directly leap froged int the mobile world without having to go through a progression like we went through in developed countires. The playing fields are getting leveled and this means 6 billion of the total 7 billion people in the world have a mobile phone on their hands and can connect with each other. With apps like WhatsApp we are connected for free and not have to pay to connect with friends and family out side your home country. This mobile revolution took the internet revolution and extrapolated it into something beautiful and powerful. 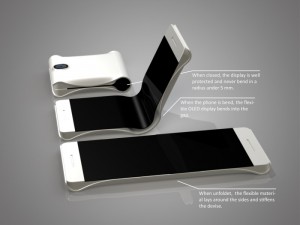