What do we know about Signal Blackspot? 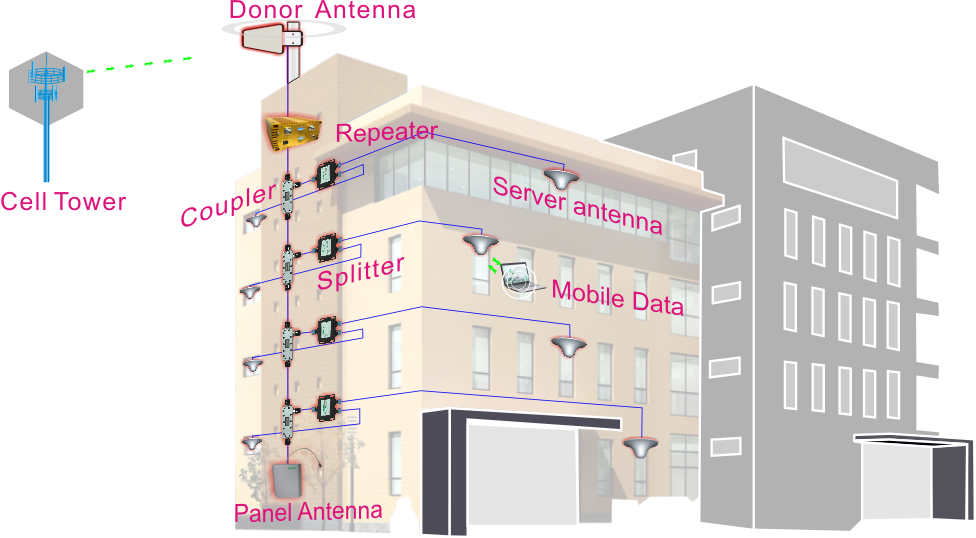 Causes
There are a huge number of causes for coverage blackspots, some of which can be planned for and impacts mitigated/minimised by the network operator and others that are invisible to the network. Following are the different causes responsible for a signal blackspot:
Terrain
Terrain geography is the number one cause for coverage blackspots. Being part of the electromagnetic spectrum, both radio waves and light waves act the same way when it comes to obstructions. Moving an object into the path of a light beam causes a shadow, similarly moving an object into the path of radio waves results in a signal shadow which helps to visualize a cell tower as a powerful spotlight.
A shadow being casted undoubtedly noticed the closer an object is to a surface the crisper it’s shadow becomes, the further you move the object away from the surface the fuzzier the shadow becomes. The cause of this effect is something known as knife-edge diffraction, where a sudden obstruction causes electromagnetic waves to bend inwards to the shadowed region.
For our knowledge, the amount a radio wave bends depends on it’s frequency – the lower the frequency the more it will bend (or in terms of a log-normal process – the greater it’s standard deviation).
Non-Terrain Obstructions
Objects along the path of a radio transmission are a big contributor to channel fading. Physical obstructions namely buildings and trees are the typical culprits, and may act in a similar manner to terrain depending on the materials level of penetrability. Physical objects also create a multi path environment – transmissions that bounce off objects at an acute angle cause signal reflections (ie echos) called multi-path signals. Having traveled a further distance than a straight line transmission these signals are delayed (longer propagation delay), and to a simple receiver would be nothing more than interference.
In-Building Penetration
Experiencing poor reception indoors, despite ample coverage outside the house/office is a clear indication that the building itself may be the culprit. Dense or metal-based building materials can reflect or absorb RF signals, reducing the level of signal that reaches indoors. Unfortunately during building construction indoor coverage is rarely considered, in fact materials that insulate best and provide most structural strength are typically the worst offenders for reducing indoor coverage. These materials can include:

An external antenna is usually positioned on the top of the building with it’s cable run inside to a Smart Repeater unit for mobile phones, or patch lead to connect a 3G/4G modem.